Presidency responds to Nuhu Ribadu’s comments that Nigeria, under President Goodluck Jonathan, is a sinking ship

At a recent lecture in Kaduna, Nuhu Ribadu, the former chairman of the Economic and Financial Crimes Commission, said that Nigeria, under President Goodluck Jonathan, is a sinking ship where the needs of the masses are being neglected by a tyrannical leadership. His comments touched a nerve at the Presidency and in a response the special Adviser to the President on Media and Publicity, Dr. Reuben Abati, accussed Ribadu of political prostitution and hypocrisy.

The statement from the special Adviser said, “The Presidency totally rejects the false, hypocritical and self-serving claim by Mallam Nuhu Ribadu at a lecture in Kaduna on Saturday that Nigeria under President Goodluck Jonathan is a “sinking ship” in which the yearnings of the masses are being neglected by a tyrannical leadership.

“We find it very sad and utterly deplorable that Nuhu Ribadu has resorted to shameless wolf-crying, the peddling of arrant falsehood and the denigration of the elected government of his fatherland in furtherance of his selfish quest for continued national political relevance after his wholesale rejection by Nigerian voters in 2011.

“It is very unfortunate indeed that the once highly respected former EFCC Chairman has now taken to political prostitution and developed a penchant for irresponsible and reckless utterances aimed at improving the electoral fortunes of his new friends and “leader”, who he once famously denounced as ‘not fit to hold public office’.

“There can be no doubt that nothing else but blind ambition for an office for which he is clearly unfit is driving Ribadu to infer that an administration led by a President who welcomed him back to the country after his self-imposed exile, restored his rank in the Nigeria Police to save him from the shame of demotion and converted his dismissal from service to retirement has now become tyrannical and anti-people. We take special note of his ingratitude.”

“If Nuhu Ribadu wants to talk of tyranny then he should talk of the days when he orchestrated the impeachment of governors with an illegitimate quorum of legislators who had been threatened by the EFCC under his watch.

It beats the imagination that Nuhu Ribadu, a man who once presided over an EFCC which in 2007 compiled a list of disqualified politicians aspiring for office without a court order or legal backing now has the guts to accuse the man under whom Nigeria has had the most credible elections in this Fourth Republic of being the leader of a sinking ship.

Can there be a greater tyranny than the tyranny of removing governors via undemocratic means and barring legally entitled persons from contesting elections?

“Nothing else but misguided ambition could have driven Ribadu to urge Nigerian youths to rise up and save the country from an administration which he willingly served recently, but which he now duplicitously and insincerely claims is “imposing private interests on the majority.

“It is certainly the height of hypocrisy for Ribadu who built his entire reputation as an anti-corruption crusader by completely disregarding the rule of law and recklessly trampling on the rights of perceived enemies of the government of the day, to now accuse an administration that has consistently upheld the rule of law and respect for fundamental human rights of being tyrannical.

“It is only a shameless man that will turn around and accept to be the political lackey of a man he once openly accused of corruption at various times between 2004 and 2007. Now that he has been used and abused by the undemocratic overlords that reign over the ACN and fearing that he may soon be dumped now that that vehicle is about to be subsumed into the so called All Progressives Congress, Ribadu is desperately seeking fresh relevance.

“Ribadu’s descent into a moral abyss since leaving the exalted office of EFCC Chairman, his equally ethically-challenged new friends and his willingness to vituperate against any person or institution he perceives as a challenge to the fulfillment of his unattainable ambitions, have clearly exposed him for what he truly is – a thoroughly unprincipled attention-seeker whose entire career in the public service was built on bootlicking and doing the bidding of the powers of the day without a care for legality which should have been his primary concern as an officer of the law.

“President Jonathan and his Administration will not be distracted from the diligent implementation of the agenda for national transformation by the falsehoods and vituperations of Ribadu and his new friends.

“Far from being tyrannical as Ribadu falsely alleged in Kaduna, President Jonathan will, as he has consistently done since assuming office, continue to strengthen institutions of democratic governance in Nigeria, uphold the fundamental human rights of all Nigerians including the youth, and protect their right to elect leaders in free, fair and credible elections,” the statement concluded.

Previous: No BS: LIFE AFTER THE BIG BREAK: The Story of Nigerian Music Artistes by Noble Igwe
Next: Buttons Couture Presents: Road to Bravitude III – Special focus on the Bravitude Competition Winnners 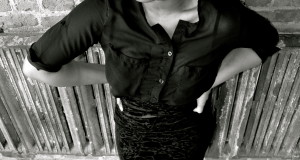 HOW TO MAKE EVERY WEEK OF YOUR LIFE A SUCCESSFUL ONE. 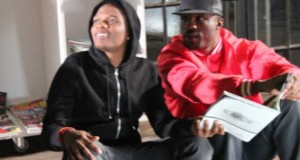 No BS: LIFE AFTER THE BIG BREAK: The Story of Nigerian Music Artistes by Noble Igwe