Home / Articles / No BS: LIFE AFTER THE BIG BREAK: The Story of Nigerian Music Artistes by Noble Igwe

No BS: LIFE AFTER THE BIG BREAK: The Story of Nigerian Music Artistes by Noble Igwe

I hate to look like I usually pick on the Nigerian Music Industry but the truth is, I’ve got so many friends in THE Industry, so by default, I always have one or two things to say about the music industry.

Over the years, I’ve seen “ Upcoming acts“ come, “stay” for a while, go out then come back or in most cases, some don’t ever get to come back.

From an illiterate man’s point of view, the industry feels like a faulty lock that sometimes only opens from one side. It gives you no warning; it just locks you out and never lets you in again.

We’ve all seen nameless people become superstars in months and in some cases, people “brewing” under get a break after a long time.

The Nigerian Music industry does not work with any tested and trusted “ How to make it big in the Nigerian Music Industry “ handbook.  In fact, it‘s a bit more like “ kalo kalo” . You just have to keep putting out songs until you put out the one that would capture the heart of the listeners and BOOM, you’re in.

Once you’re in, YOU ARE INDEED IN. It does not matter whose butt you kissed or whose house you slept in (In the Nigerian Comedy industry, you are made to believe that Everybody slept in Alibaba’s house and washed his car).

It’s however important to note that once some people get in, they change a lot of things about themselves. They surround themselves with cooler peeps as friends because their old “Ride or Die” friends no longer fit into their profile and their long standing girlfriends start looking too ghetto for the red carpet.

At this stage, most throw away their “ IF I EVER MAKE IT” diary and instantly start operating with “ YOLO (YOU ONLY LIVE ONCE)” handbook.

Immediately they get the first N3Million from a gig, they go straight from the event venue to a car mart to get an SUV. The second million is used to pay for hotel rooms. One room for the artiste, 2 rooms for the girls they would likely bring home from shows and 3 other rooms for the new friends.

With the new status, “Surulere” becomes “ Mainland “ and nobody wants to go home to mainland after every show.

The next set of millions pays the rent for a duplex in Lekki Phase 1 and another car to match the ever growing public status and maybe another car for the boys after all it’s a lot better to arrive home and at shows in a convoy.

Then the profile grows bigger and then, they start flying girls in. All the girls they see on reality TV shows or Nollywood movies become their new targets. They have heard stories of Nigerian men, all they need to submit is a travel date and they will get a business class e-ticket in their inbox.

With the new set of women being flown in from different parts of the world, they stop carrying cash to the clubs and start signing bills.

When you sign bills, you don’t need to have a budget; you just buy out the bar and pay on Monday after all the shows will last forever.

In six months, you’ve completely changed and pushed away the people that can tell you the truth and surrounded yourself with “Yes Men”

There’s always alcohol in your house and girls who told their parents they were going back to school.

It’s been two years since that album and 86 shows at N2Million each but the problem is, the public is not going gaga over the new songs. People still remember you for the old songs.

Then you start doing what others did, you start featuring the newer acts but still, the audiences are not buying into the new song.

Shows are not coming any more, there are bills to be paid to clubs, your boys are now rolling with the new kid on the block, your rent is due, girls are no longer answering your BBM and to make things worse, the shows are no longer coming.

Then you start with selling the “boys car “to pay for a cheaper rent in Surulere (after all its just a bridge connecting it to the Island).

People don’t call you again for cameo in their new videos and even when you get to the club, the bouncers don’t let you into the VIP section because there’s always a “Private party”.

The annoying part of the private parties is that your boys all pretend not to notice you standing by the door.

Then you get angry and stop coming to the Island. You sell the other cars to buy food and then change your number to a new one.

Few months later, no one hears about you anymore and they only remember you when the DJs play oldies.

When you get invited to events, no one stops to interview you on the red carpet.

This becomes THE LIFE AFTER THE BIG BREAK.

Here’s my concern, I’ve seen people work every week in a year to make what an artiste makes from one show but still save enough to start their own businesses.

I’ve seen parents who were teachers train their children in school with their “teacher’s salary “ and these figures are no where close to what a big artiste makes in a year. (Most don’t pay tax)

I’m worried that we easily get carried away with the flashy things in life and to us; there are no rainy days.

Looking back, there are only a few Nigerian artistes with a better LIFE after the BIG BREAK.

Previous: Childhood Memories: Simple Things That Seemed Difficult At The Time.
Next: Presidency responds to Nuhu Ribadu’s comments that Nigeria, under President Goodluck Jonathan, is a sinking ship 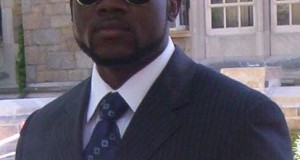 HOW TO MAKE EVERY WEEK OF YOUR LIFE A SUCCESSFUL ONE.

Presidency responds to Nuhu Ribadu’s comments that Nigeria, under President Goodluck Jonathan, is a sinking ship