Recently, footage from a camera phone has surfaced online about the dire circumstances that passengers suffered prior to take-off, on board an Arik Air flight from Lagos to New York; I was one of the passengers. For anyone who has not seen the footage, it’s available on YouTube and various News websites and blogs. However, for purposes of this write-up, I will recount what happened. The flight was scheduled to take off at about 11:50pm on March 31, 2014. Boarding was completed on time, and all the passengers settled in their seats and prepared for the flight to begin. However, there seemed to be a delay in operations because although the ground crew had exited the aircraft and the cabin doors were shut, we weren’t moving. The pilot announced that there was a small delay in the ground crew operations on the plane, and that we should be patient as the flight would depart ‘in a few minutes’. The problem was, the air conditioning was not turned on. Midnight soon passed, and there was still no A/C, neither did it feel like we were going anywhere, anytime soon. Passengers were vigorously fanning themselves, asking for water and ice from the crew, and doing whatever they could to stay cool and hydrated. The reality was that the heat in the plane was quite frankly unbearable.  It’s hot enough in Nigeria these days, and then you couple that with a cabin whose doors have been shut, and a bunch of people locked inside that enclosed space… suffice it to say it escalated from bad to worse very quickly.  The Captain made another announcement about how he’s ‘sorry for the delay, but it was due to the ground operations’, and that there was only one engine on and that was why the A/C could not be turned on yet. By now it was well past 12:30 and people were becoming extremely frustrated. Parents had begun taking the clothes off their children, children were crying, one lady looked like she would faint. Still, there was no further update on when we would take off and when the A/C would come on. Almost an hour into this debacle, many passengers became justifiably irate. We were all drenched in sweat, burning hot, and it was hard to breathe properly.  Now, let me interject here to say this… I believe that up till now, it was actually Arik’s policy to not turn on the A/C on their Aircrafts until take-off. I’m not sure why, but I’ve flown on many of their local routes within Nigeria and 100 per cent of the time, this is always the case. The difference though is that usually, once boarding has been completed, it only takes a few minutes before take-off begins, and the A/C comes on pretty quickly, so while it’s unacceptable, it has been… tolerable. In this case however, we had been on board for well over an hour, and now passengers that had surged up front into my section actually said people were fainting, and more people were going to pass out. It was disastrous, to say the least. Just before the passengers surged into my section up front (I was in seat 1A), I actually saw the pilots pull one foreign air hostess into the cockpit and lock the door behind them. I suspect that either the A/C may have been on in the Cockpit, or that he was concerned for his and her safety because the shouting from the back indicated that people were in a state of panic and riot. Either way, I thought his actions came off as incredibly ignorant and prejudice against the Nigerian staff (who were doing their absolute best to try and calm people down), and against the very Nigerian passengers who he was employed to take care of. As the people surged up front and started banging on the cockpit door, the Captain made yet another announcement that people should be patient for a few more minutes, and of course it had been well over an hour so none of the irate passengers were having it. He also said that if people did not go back to their assigned seats, he would have to call the police. Of course this did nothing but provide further incentive for people to be angry, frustrated, irate… you name it….

By this time, the entire section around my seat was filled with screaming passengers, banging on the cockpit door and yelling at the Nigerian Staff who were still pleading with us. I actually feared for the safety of the Air Hostesses, and for the equipment on the plane; the captain was not saying anything to calm people down, and would not dare show his face, and was not hearkening to the cries of people that he should open the cabin doors and let us out until they were actually ready to take off. I feared that more drastic measures were going to be taken by the irate passengers, which is why I stood up at that point to try and calm them down. My reasoning was that I’d been on enough Arik flights to know that this was their policy, so I didn’t feel like the plane was not fit to fly. I suggested that seeing as we’d already waited that long, we give them another 5-10 minutes, because if we disrupted the flight or caused damage, they would have to kick us off and begin the entire process from start. Some of the passengers calmed down after I spoke, while some were just intent on fighting or doing something drastic to express their displeasure… (one very short angry man actually tried to take out his anger on me, but I felt bad for him so I didn’t let that escalate). In any case, soon after that, the Captain announced he was beginning take-off procedures, and I felt the A/C come on. This further helped me make my case to the passengers, and most of the people started going back to their seats. What further shocked me at this point was that the Captain actually started taxiing the plane on the runway, while people were still making their way back to their seats. This seemed to be both dangerous AND illegal, in my opinion. To be fair though, it did motivate people to quickly rush back to their seats. Including our short and topless irate friend who at this time was screaming at the top of his lungs. After this though, the rest of the flight went on incident free, thank God. Many news agencies, upon seeing me in the footage online, have contacted me asking for details of what happened, and my opinion on the incident. My thoughts are as follows: it was an avoidable disaster, and one that could have ended up much worse for the staff and equipment of Arik Air. This policy of enclosing passengers within a cabin with no A/C is senseless; I suspect that it saves them some money because they don’t need to rent/buy ground power units to power the planes while they finish their operations, but it is unfair, cruel and inhumane to the clients of the airline to subject their comfort and even health to such conditions, all in the name of cutting costs. A few years ago, I took this flight route on Arik Air for the first time, primarily because I needed to be in NYC as quickly as possible on business, and they were the only carrier that went directly with no layovers. I was very impressed by pretty much every aspect of the flight. It was convenient and clean; the seats were big and comfortable; the staff was friendly and courteous; I was so impressed that for a short while, I stopped using my usual international Carriers. The one downside at the time, was that the food wasn’t quite the best, and there was no frequent flier mileage program. I remember filling out a suggestion form at the time, along with some other passengers, and we all commented that the food could be better. Shortly after that, I was beyond impressed to find that they had changed their menu and food supplier, and stepped up the quality to the point that it was as good, or better than most other carriers. It felt like they were really responding to the needs and expectations of their patrons, and I thought this was a great start for the Airline…. 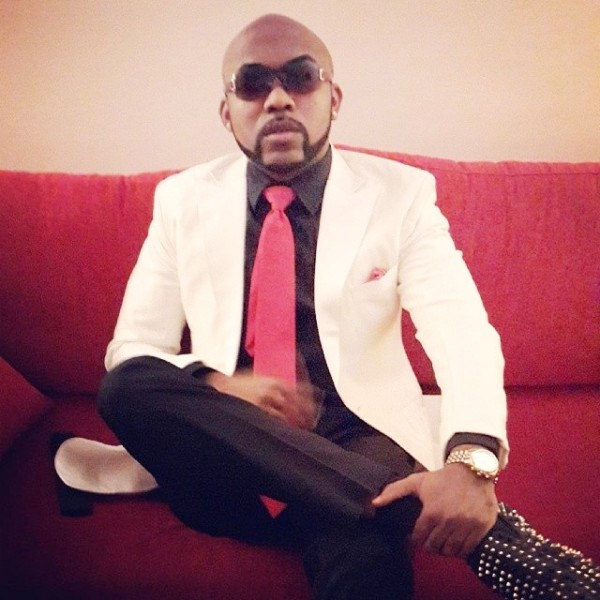 I’m a proud Nigerian… and I’m a fan of all things good that are Nigerian. We have many issues as a country, but I’ve always been of the opinion that we have to fix ourselves. We have to police ourselves, and play our part in changing Nigeria and making Her better. As such, whenever possible, I try to support Nigerian owned businesses. My suits, for instance, are made by Mai Atafo; he has impressed me so much that I now refuse to buy suits from anywhere else in the world, because of the quality of his craftsmanship; and it is a source of pride for me when I’m asked by colleagues, clients and fans around the world where I got my suit from, and I’m able to tell them that it was made by a Nigerian Designer. Arik is currently our only airline that flies to international cities like London and New York; however instead of being a source of pride, they’ve allowed their standards to drop over time. There are 24 seats in my section, about 10 of them are not functional and have not been in months. The entertainment system is a joke; there are only a handful of TV shows and films available for viewing, and they are the same exact films/shows that were available years ago when they started flying to NYC. They literally have not changed the movies in YEARS. They just flat out refuse to upgrade what they have, and seem content to let it deteriorate. There is still no frequent flier program, even though for years they told passengers to hold on to their boarding passes, as it would soon commence. ‘Soon’ has taken an eternity with no end in sight. Attention to detail is crucial, and very often, it is the difference between greatness and mediocrity; between growth and decline, success and failure. I’d be remiss if I didn’t point out some of the positives that the airline still has. For one, I’ve found their Nigerian staff to be very polite, courteous and helpful. The food quality is still great – I have no complaints on anything I’ve tasted so far, other than the fish pepper soup – yuck! The duck however, was fantastic, as well as everything else I’ve eaten on board. Generally speaking, their cleanliness standards have not dropped either, thank God. And lastly, the direct flight to NYC remains as convenient as it gets for someone like me who sometimes needs to save time spent in European layovers. I’ve witnessed them make positive changes before due to the suggestion surveys passengers filled out; my hope, in writing this, is that they do the same again, fix the issues and give us a Nigerian Airline that will be a source of pride, not pain. – B.W….

PS: Not everyone needs to be in NYC like myself; I suggest to the powers that be, to try and partner with an American carrier, so that once you touch down in NY, you can easily transition to a local flight to take you to your final destination. PPS: I apologize for the extremely long article. I have even more to say but this will have to do…. 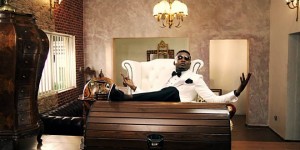