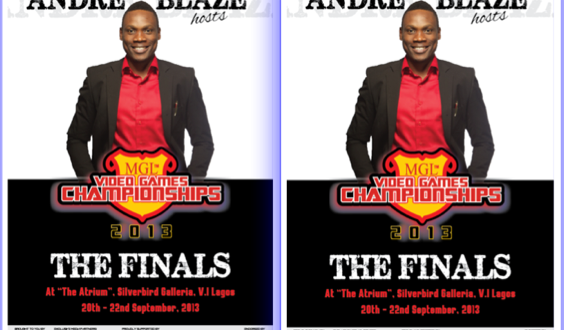 “THE ATRIUM” of the Silverbird Galleria, Lagos.

Andre “Blaze” Henshaw who was formally with Nigezie, the music tv channel was born in 1983. In the past year he has hosted The Zain & Nigezie Tru-Search, The Nokia Expressmusic Show, Battle Of The Year 2009 Int’l Break-Dance Championship, Jimmy Jatt’s Battlefield, “Odudu”-The Port Harcourt City Music Awards, The Future Awards Launch 2010, “Bring It To Life” the Inauguration of Big Dreams Entertainment & the Ron Brownz/Maino Concert, Touch Of Life (The Southern Anti-HIV campaign concert), the Four-Word Gathering, Port Harcourt and most recently the widely watched Airtel’s Nigeria’s Got Talent.

As an ardent gamer himself, Andre brings a wealth of experience in event hosting and his love for the sport to this one of a kind gaming fiesta which will run for a month across Lagos Metropolis and we are excited to have him on board.

So Lagos, like we said before LET’S MAKE HISTORY!

Players can get registration forms on www.Jumia.com.ng, Naijaticketshop.com and their respective outlets at the Silverbird Cinemas (V/I and Ikeja), Ozone Cinemas and Dominos Pizza

For VIP centre reservation, please call 0808 596 1235 or email us at majorgamingleagueng@gmail.com.

For the latest news and updates and information about MGL 2013, how to register, participating artiste and celebrities and our partners visit www.mglng.com or follow MGL 2013 on Twitter (@mglnigeria) or Facebook (facebook.com/MajorGamingLeague). 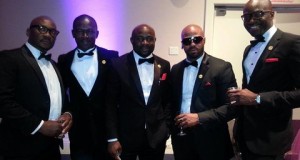 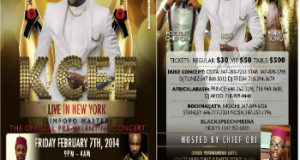 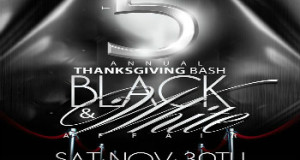